Very few know the story of the man known as the “Gullah Statesman.”

He was born, Robert Smalls, on April 5, 1839. His birthplace was Beaufort, a bustling waterfront town sitting on one of the Sea Islands, in what was known as the South Carolina Lowcountry. Beaufort was known for its magnificent harbor and large antebellum mansions with very rich plantation owners. 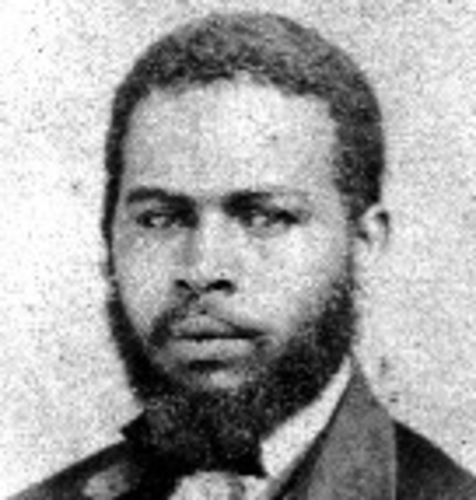 One of those owners was John K. McKee, who purchased a young female slave from Ashdale Plantation on Lady’s Island, SC, to work for him as a house slave. The young female was named Lydia, descended from slaves from Guinea, in West Africa.

As was common practice during those times, slave owners felt a sense of entitlement concerning their slaves. This allowed them to take certain female slaves for themselves, without conscience, to sleep with. In fact, many white men of the time felt a general sense of entitlement, which enabled them to view any slave as a fair game.

When Lydia gave birth to a biracial son, Robert, it was widely assumed that McKee was the father. The possibility that a wealthy Jewish merchant and associate of McKee’s, named Moses Goldsmith, may have also been the father… was also considered.

Robert grew up in the McKee home as a house slave, alongside his mother, and considered himself to be treated fairly well in later recollections.

At 12 years of age, Robert was sent to Charleston, to work for Henry McKee. There, he would hire himself out for wages in the downtown dock area. He would work as a waiter, lamplighter, ship rigger, dockworker, sailor, and eventually a ship’s pilot (though blacks were never officially elevated to ship’s pilot; they were called “wheelmen”). McKee received all but $1 of Robert’s pay, until the age of 18. Robert then negotiated with McKee, to keep all but $15 a month from everything that he earned. During his work and travels, Robert became very knowledgeable of the Charleson harbor, and related waterways.

As a free-roaming slave, earning wages in Charleston, Robert enjoyed the closest thing to freedom that a black man could experience during this period in America’s history. He also enjoyed a social life, courting a slave hotel maid named Hannah, shortly after his 18th birthday. He married the 32-year-old Hannah on Christmas Eve, 1856.

Robert and Hannah gave birth to a daughter, Elizabeth Lydia, two years later. Proficient at negotiating- Robert entered into a contract with Hannah’s owner, Samuel Kingman, to purchase her and the baby girl (which Kingman owned automatically, according to “property” laws) for $800.

The two also had a son, Robert Jr, in 1861. The boy, unfortunately, died two years later.

In 1862, during the Civil War, Robert became the wheelman for the CSS Planter. The Planter was a transport steamer serving the Second Military District of South Carolina- under Brigadier General Roswell Ripley. Smalls had previously been a deckhand on this ship before the promotion. Now the unofficial pilot of an armed military vessel, Robert would conduct a daring escape worthy of a modern-day feature film.

The Planter was docked on the evening of May 12, 1862. The white officers were ashore, spending the night in town, while Robert stayed aboard with three other slaves. Robert had previously devised a plan which depended upon the officers’ stay ashore, to commandeer the ship to the nearest point of the Union blockade. He was counting on Union blockade ships for protection against any Confederate reprisal, and for eventual freedom. The ship was also armed with valuable artillery, guns, ammunition, and a codebook of top-secret Confederate signals (in addition to locations of mines and torpedos throughout Charleston Harbor). Robert knew that these would be of great value to the Union soldiers that they would encounter.

Robert dressed in a spare captain’s uniform and hat, also counting upon the fact that the color of his skin would not be detected in the dark as they passed Confederate forts.

With Robert at the helm, the Planter departed from Southern Wharf in Charleston, at approximately 3 am. They stopped at a nearby wharf to pick up each of the slaves’ hiding families, including Robert’s wife and two young children. Once their families were successfully boarded, they resumed their daring journey.

Robert knew that as all ships passed Confederate forts, they would be required to give an audible signal (a distinct “whistle”) unique to each fort so that they would not be attacked as enemies or unauthorized vessels. Robert knew all of the correct signals and gave them at their proper times. The crew of the Planter tensely, but successfully cleared all five forts guarding the harbor (including the formidable Fort Sumter), at approximately 4:30 am.

Once clear, the Planter went full steam ahead toward the Union fleet. The nearest ship was the USS Onward, which spotted the Planter and prepared to fire upon it. Before being fired upon, Robert raised his ship’s white flag of surrender and continued to move toward the Onward. When the Planter finally positioned itself next to the Onward, Robert raised his captain’s hat and shouted, “Good morning, Sir! I have brought you some of the old United States guns, Sir!”

Union soldiers escorted Robert to the commander of the blockading squadron (who happened to be aboard the Onward), Admiral Samuel F. DuPont. DuPont later wrote about the intelligence of the Planter’s pilot, who gave them valuable information and resources concerning the Confederates. Smalls went on to provide DuPont’s commanders with a great deal of ongoing intelligence, which enabled Union forces to seize the Stono Inlet entrance channel. This was a huge turning point in the battle for Charleston Harbor.

Union newspapers hailed Robert Smalls as a national hero and called the Planter the first-ever trophy from the nearly impregnable Fort Sumter.

In addition to freedom for Smalls, his associates, and their families- a bill was passed by Congress (and signed by Abraham Lincoln) to award them prize money.

Despite never having enlisted in the military, Smalls’ military intelligence acumen gave him tremendous credibility with the Union Army and Navy. He used this as leverage
when he traveled to Washington later that same year (still 1862) to visit President Lincoln. He had the permission of Union generals, to request that the President allow the Union to recruit 5000 black troops. This request was quickly granted, and two of the first-ever black military regiments were organized- The 1st and 2nd South Carolina Volunteers.

Smalls then returned to serve as a pilot for the U.S. Navy, though still not officially enlisted. He continued to pilot the now USS Planter. He also piloted an ironclad ship called the USS Keokuk, during a major offensive against Fort Sumter in April of 1863. The attack failed, and the Keokuk was badly damaged in the battle. Its crew was rescued, however, by another Union ship.

Smalls showed his bravery once more, aboard the Planter, during a skirmish between Union and Confederate ships. The Planter’s commander, Captain Nickerson, chose to surrender to Confederate forces under heavy fire. Smalls, of course, feared that he and another black crewman aboard the ship would not be treated as prisoners of war. He knew that as former slaves, and traitors to the Confederacy, they would be executed without question. Driven by a desire to survive for the sake of his family and the cause of freedom, he boldly took command of the ship from the surrendering captain and navigated it out of harm’s way. Rewarded for his bravery and quick thinking, Smalls was later named to replace Captain Nickerson as the ship’s captain. He returned to Fort Sumter with the Planter, in 1865, to see the American Flag re-raised there after the defeat of the Confederates… and the end of the Civil War.

When the war had ended, Smalls was finally sworn in and elevated directly to the rank of Major General in the South Carolina Militia. He then hired tutors so that he could properly learn to read.

Smalls returned to his hometown of Beaufort, where he purchased his master’s former estate at 511 Prince Street. Though he had lived there for most of his childhood, it had for the first time… become home. He lived there for the rest of his life.

He was reunited with his mother, Lydia, who lived with him and his family for the rest of her life. He was also gracious enough to allow his former master’s senile wife, to move back into the home just prior to her death.

The Civil Rights Act was passed in 1866, after Lincoln’s assassination, because of a majority Republican Congress that overrode Andrew Johnson’s vetoes. They also proposed and ratified the 14th Amendment of the U.S. Constitution, which extended rights of citizenship to all Americans, with no regard to color. These new rights helped pave the way for Smalls to establish a successful business in Beaufort. Together with a business partner, he opened up a general store for freedmen.

As with all freedmen at the time, Smalls identified with the Republican Party as the party that, “unshackled the necks of four million human beings.”

Several other quotes of his from the campaign trail included,

“Every colored man who has a vote to cast, would cast that vote for the regular Republican Party and thus bury the Democratic Party so deep that there will not be seen even a bubble coming from the spot where the burial took place.”

“I can never lose sight of the fact that had it not been for the Republican Party, I would have never been an office-holder of any kind—from 1862—to present.”

He became a member of the South Carolina House of Representatives from 1865-1870, and the South Carolina Senate from 1871-1874. He served as a US Representative from 1875-1879. He also served as US Congressman from 1882-1883, and 1884-1887. Throughout his political career, he fought to protect and advance the newly legislated freedoms of African Americans, and people of color across the nation. Smalls actively participated in the drafting of the constitution of the state of South Carolina. His reputation as the most powerful black man in South Carolina was well-earned.

Smalls died in 1915 at the age of 75. His home became a national historic landmark on May 30, 1974, after he and his descendants had lived in the home for 90 years. There is also currently a street in Beaufort named after him.

He left behind a legacy of incredible bravery, leadership, enterprise, and a pioneering spirit.

Robert Smalls is the unrecognized face of the Civil Rights Movement… long before it became a movement. 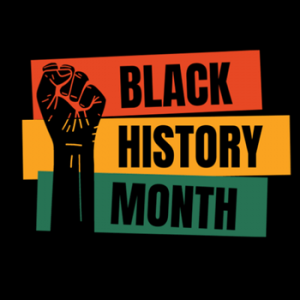 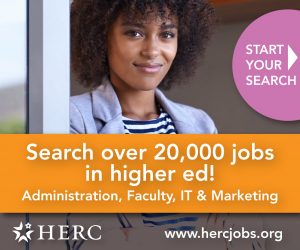